There have been a few issues reported when working with Office for Mac 2016. The known issues so far are:

Most of the 'general instability' issues have been fixed in later updates. Unfortunately, Office can't update without being closed, and for many people, Office is rarely closed.

If you are experiencing random crashes or instability, the best thing to do is update Office. This can be done on a Thayer Computing supplioed computer by closing all Office 2016 applications and opening the Managed Software Center in the Applications folder. 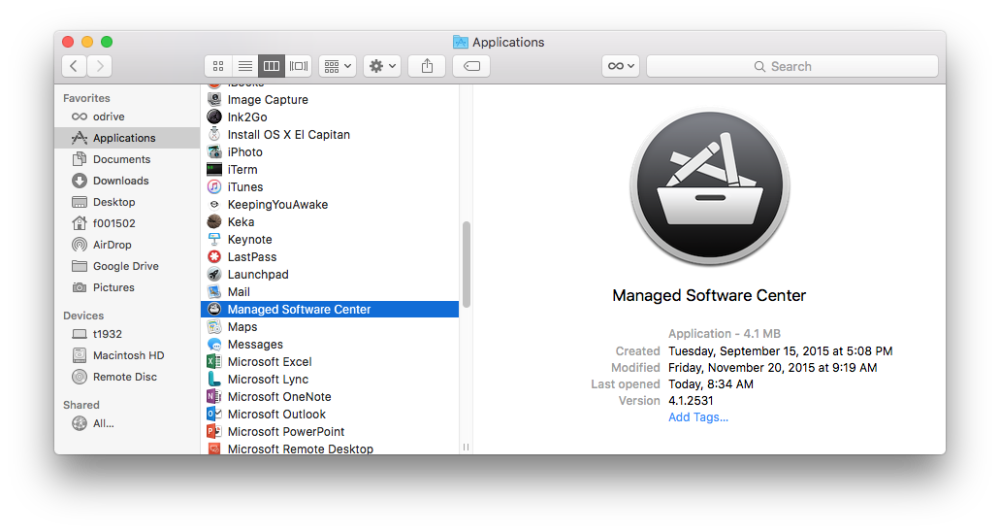 The Office 2016 applications are listed individually on the main screen; you can update one or all of the applications from here by clicking the "Update" button below the corresponding application. 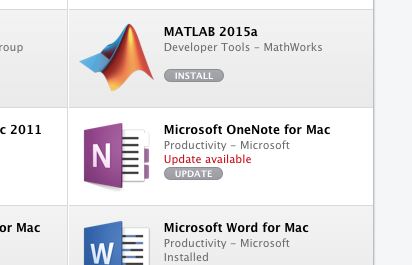 If updating does not resolve the issue, or if you are running into the MathType or BER issues, you can try Office 2011, which also available in the Managed Software Center. Once installed, Office 2011 will appear in your Applications folder (it may or may not be in the dock).

If you have tried these steps, or if you would like help with any part of this process, please let us know.